To kick off the new year, Go To Places Monthly is revisiting our impressive list of Movers and Shakers for 2013. They are the best and the brightest men and women of Mississippi Gulf Coast businesses who have made their mark and truly make a difference.

For the past five years, we have been bringing Coast residents and guests the information they need and and introductions to fascinating people. It has been our pleasure to entertain our readers with thought provoking articles while keeping everyone up to date with everything coastal.

A special thanks to our faithful sponsors. We look forward to working with you all again this year!
Nancy Marchbanks
Executive Editor

Next year, Sgt. Helmert will celebrate twenty years in law enforcement. It is a job he loves but it is fraught with constant challenges and heartache. He routinely sees the horrors of criminal behavior and bears witness to the kind of deviant activities that we thankfully only see glimpses of on television dramas and at the movie theater. This, however is real life. Day after day, Sgt. Helmert maintains a cool head and calm demeanor as he encounters the unimaginable. He and his fellow officers do their utmost to keep the good citizens of Biloxi safe. END_OF_DOCUMENT_TOKEN_TO_BE_REPLACED 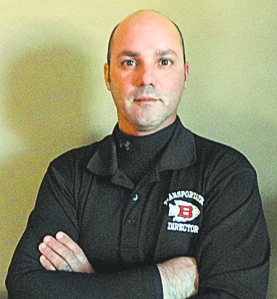 We see them go by every day and think nothing of it. The big yellow buses that transport our kids to and from school, sporting events, and field trips. They are everywhere, in every city of our nation and they are responsible for keeping our children safe and sound as they travel from place to place. But if it weren’t for a very dedicated team of professionals, who maintain these huge vehicles, day in and day out…our children’s safety would be at risk. The city of Biloxi boasts an exemplary record for the past 6 years of being recognized for achieving the highest standards in automotive excellence. It is called the “Blue Seal of Excellence Recognition” and it is the only school district in the entire state of Mississippi to earn this distinction. END_OF_DOCUMENT_TOKEN_TO_BE_REPLACED

Southern ladies often have charm, grace and grit but none more so than Mississippi coast native Laura Bolton. A hard working business woman with an uncanny head for figures, Laura Bolton is one of the driving forces behind preserving Biloxi’s downtown district. A graduate of Ole Miss, Laura holds a degree in Business and Marketing. As a board member of Main Street Biloxi she brings her financial expertise and renovation prowess into the group that focuses on revitalization, rebuilding, promoting and preserving historic Biloxi. END_OF_DOCUMENT_TOKEN_TO_BE_REPLACED

Scott and Jonathan Allen were born into an automotive industry family that began with their grandfather, Bert Allen, who opened his first dealerships in the 70’s. In 1987, with his son, David, by his side as General Manager, they opened Bert Allen Toyota together. David Allen finished buying out the Toyota franchise in late 90s and renamed it Allen Toyota. Then in 2002 David Allen acquired the Hyundai franchise and finally in 2004, the Scion franchise became part of the prestigious Allen group. Jonathan and Scott Allen, joined the management team with there father David Allen in 2007. That same year, Bert Allen retired and sold his dealerships Bert Allen GMC Pontiac and Mercedes Benz. This very successful family business has been thriving on the Mississippi Coast for over 40 years. Under the leadership of David Allen’s sons, the Allen Automotive Group is firmly ensconced here and continually rises above what is expected in automotive sales and service in South Mississippi. A 7 time President’s Award winner for Toyota Motor Sales USA, the Allen’s were just notified that they have won again for 2012. END_OF_DOCUMENT_TOKEN_TO_BE_REPLACED 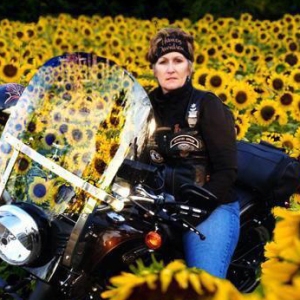 Spring is in full swing, especially at the home of The Flower Garden Lady, Kathy Collins-Lantz. She has become well known for her cottage and English style of gardening, and she is delighted to share her knowledge and experience with you.
Each time a visitor strolls down the carefully laid paths of wood, metal and stone there is so much to see. Color abounds amid old watering cans, whiskey barrels and fountains. Roses trail along the edges of old windows and archways that evoke a peaceful and calming feeling. “I want my friends who have hectic jobs and over-scheduled lives to come here to relax and recharge. I got into gardening for the peace and quiet. Last night I was out in my gardens until 10 o’clock and still didn’t want to quit working to go inside,” Kathy said. Her motto fits her well; “I live in the gardens: I sleep in the house. END_OF_DOCUMENT_TOKEN_TO_BE_REPLACED

The American Red Cross South Mississippi Chapter has a veritable army of volunteers. At last count it numbered more than 1,000 people and it continues to grow on a daily basis. The volunteers give of themselves and come together for one reason…to ease the suffering and uncertainty when disaster strikes their fellow man. They come from all walks of life, possessing a variety skills and strengths that are often called upon at a moment’s notice. Disasters come when we least expect it, giving us very little warning if any at all, and they devastate lives. The very special people of the South Mississippi Chapter provide support, supplies, shelter, food, and above all, compassion and love, to those affected by disaster. END_OF_DOCUMENT_TOKEN_TO_BE_REPLACED

Go To Places Monthly
Create a free website or blog at WordPress.com.